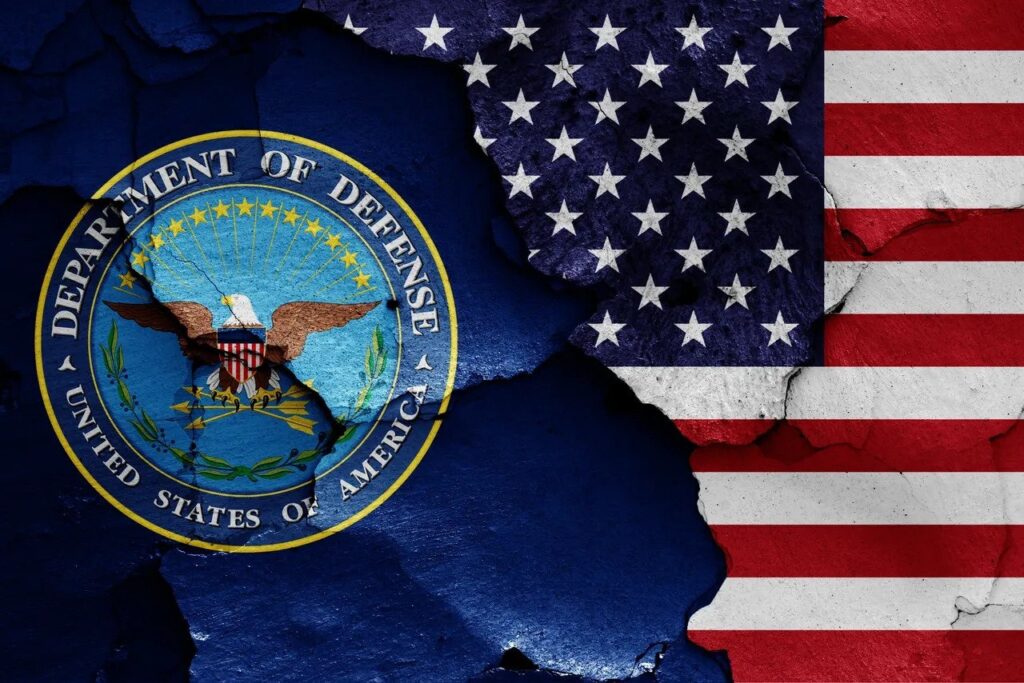 Working with the DoD, DoS, or other agencies overseas requires Defense Base Act Insurance

Congratulations. You happen to work in government contracting, and for the first time you stumbled upon a requirement that you’ve never seen before. It’s called Defense Base Act insurance. You’ve been doing this a long time. So then you ask yourself, what the heck is this? Sound familiar, or simply look into quickly educate yourself on this topic? Well, you found the right post. Read on as we explore in simple terms, what the Defense Base Act is and its insurance requirements on “The Reconnoiter”.

Hello, GovCon professionals. I’m Brian Smith from the Insurance Office of America. Today, we are clarifying what the Defense Base Act is and its associated insurance program requirements.

You have an OCONUS contract, and by the way, congratulations, and see the words Defense Base Act in the insurance section. Then you ask yourself, what does this mean?

Well, simply put, it is workers’ compensation, but on steroids. Let me explain. The benefit levels are higher than traditional workers’ comp programs in the United States, and it actually covers employees outside the US. If you have workers’ comp now as part of your commercial insurance program, this is going to be a little bit different, because in the United States, it only covers exposures within the United States. The Defense Base Act covers everything outside. So here’s a quick history and background on things that might give you a little bit more perspective as to what Defense Base Act is and why it applies to your government contract.

Now, in order for the United States to effectively defeat the enemy in the early stages of World War II, Congress quickly realized the need for civilian workers in support of the war effort. Now to protect against a wide variety of injury possibilities due to their work outside of the United States in support of the war effort, Congress passed the Defense Base Act in 1941 as an extension of the Federal Workers’ Compensation Program, which is administered by the US Department of Labor.

So since you won that OCONUS contract, you likely need it as it covers workers employed on overseas US defense bases or performing operations under a US government contract overseas, which it covers the cost of medical treatment and lost wages to employees of contractors injured in the scope of work. That’s a real mouthful. So we’re going to make it simple for you. The insurance covers all employees under the contract to include US nationals, third country nationals, which are foreign workers that work on the contract, but are not from the country in which they’re working, and then you have your local nationals, those that work there are and live there.

From a regulatory perspective, the contracting officer responsibility is to ensure contract compliance for the Defense Base Act with the requirements based upon the Federal Acquisition Regulation, 48 CFR 28.309 and 48 CFR 52.228-3 and 4. This is where the locations are of the sections within the FAR.

Now you might say, “I’m just not interested in this. I don’t need this insurance and it seems like it might cost too much. I think I’m going to pass.” Well, not so fast. It’s really not a good idea – compliance is required by law. In fact, federal law. Companies are subject to non-compliance ramifications if the Defense Base Act is not complied with. Fines and potential jail time may result for business owners which include senior corporate executives that decide not to provide the insurance. Now, there are two alternatives to Defense Base Act insurance. First, self-insurance, and second, if a waiver is in place for the country in which the work is to be performed. In both of these cases, insurance is provided just not through the Defense Base Act insurance program.

So let’s cover self-insurance first. If your company has a robust risk management program in place already, you might already have self-insurance, but it’s going to have to be a pretty big company. This program also must be approved by the US Department of Labor through a formal application process. Similar to underwriting standards, the Department of Labor who makes this determination will base it on the feasibility of self-insurance and the company’s ability to administer a formal program. Now for the waiver, if a country is waived from DBA insurance, it will be listed on the Department of Labor website. Waivers do not apply unless waived employees will receive compensation under laws that provide workers’ comp for injuries, illnesses, or death, similar to what we have in the United States. Even if a waiver is available, US nationals are not eligible and must be insured by Defense Base Act insurance, unless otherwise permitted by the Department of Labor.

So after all we’ve discussed, if it looks like you need to move forward with DBA insurance, it’s okay, because the insurance is relatively easy to obtain. Consisting of an insurance application that’s about three pages long, it details the contract type, the work to be performed, the associated payroll and the countries of operation. In many cases, providing a statement of work or even a PWS will aid in the underwriting process. It is critical to have the correct contract number listed on the application as well because once the insurance is bound, the contract number is what they use at least for the Department of Labor as they go through the claims process. So they match up the insurance with the contract number.

Now, here’s a pro tip for you. Be aware of multiple options that are available when considering Defense Base Act insurance. You see, the vast majority of DBA insurance is placed with only a handful of insurance companies. Each of them with varying minimum premium requirements, not to mention underwriting confidence and claims capabilities. So I would recommend that you request at no cost or low cost endorsements, such as kidnap and ransom and foreign voluntary workers’ compensation. In many cases, these are going to be low limits, at least for the kidnap and ransom, so you may want to also consider looking at a standalone kidnap and ransom based upon the locations of the operation and if there’s truly a risk in place.

Premium on Defense Base Act is based on the location of the operations, work to be performed, a payroll and pass DBA claims experience if you happen to have any. The premium is calculated using a simple formula, which is payroll divided by 100 and then multiplied by the rate that’s been established by the underwriter. This is the same formula used in calculating workers’ compensation premium here in the United States. Now, here’s another special note for you. Premium for DBA is paid upfront in order for coverage to take effect. Now, this is going to be important for you because the cost may be unexpected at the time you obtain the insurance, which could, and I’ve seen this before, shock your cash flow. Such high unexpected costs may require premium financing, which is only going to add to the final cost of the premium, which could have an impact on your profitability on your contract.

Unless the contract is cost plus or the KO has determined that the cost of insurance is beyond the fixed price of the contract, the premium should be calculated as part of the proposal costs. It’s imperative that the contract proposal team be well-versed in DBA rates, not to mention other foreign casualty rates for insurance and those projected expenses. Now, speaking with your insurance professional will allow for improved accuracy for cost projections when assembling your bids. Now here’s a pro tip for you. If you have more than one DBA policy, check with your insurance professional about combining multiple policies under one. By endorsing the insurance as new contracts are one, time can be saved as well as improved confidence in your overall contractual liability or your contractual compliance program.

So now that the insurance is in place, let’s review eight responsibilities as an employer. But don’t panic, they’re actually pretty easy, so they’re not that bad. Let’s go ahead and take a look.

Before I conclude, I must mention a really important point. It’s called the zone of special danger. The zone of special danger is actually a judicial determination based on case law. It states that under certain conditions, non-work-related injuries may be covered by the Defense Base Act. Now, it’s based upon circumstances that require the employee to be in a dangerous zone or an environment. For instance, DBA insurance is actually intended to afford financial protection and medical treatment for injuries that occurred during this scope of work. So if a worker has limited or no access to outside areas for recreational purposes, the zone of special danger doctrine may afford protection for injuries suffered while non-work activities are underway.

It’s important to note that the zone of special danger may extend coverage under Defense Base Act beyond what may be considered the actual scope of work. For instance, let’s say that you have people deployed overseas, but they’re not able to leave the compound. The person’s not working, but they’re playing a game of catch up basketball or they’re throwing the football around and something happens to the person. They twist an ankle, they hurt their back or so forth, but they’re not actually working. The zone of special danger may apply here to afford coverages to that employee because they weren’t able to go anywhere and actually have regular opportunities for recreation. But if we get into a situation to the zone of special danger that will be handled by your claims professional okay?

So there you have it, DBA in a condensed version. But if you still have questions and you probably do, I suggest contacting your commercial insurance broker. If additional information is still needed, you can always reach out to me. I’d love to hear from you and we can discuss your particular question or concern. Until next time. For Risk Reconnaissance, I’m Brian Smith with the Insurance Office of America.